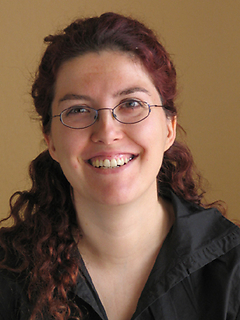 Sara Ayllón Gatnau got her Ph.D. in Applied Economics in 2009 at Universitat Autònoma de Barcelona (UAB) after obtaining the Diploma of Advanced Studies (DEA) at the same university in 2005. Previously, she graduated in Journalism (1995) and in Economics (2000) as well as obtained a 'Master of Science' in Social Policy in the European Union at the London School of Economics (2001).

She is currently an Assistant Professor at Universitat de Girona after a period as a post-doctoral researcher at Universitat Pompeu Fabra for two years. In the pre-doctoral stage, she served as lecturer at the Department of Applied Economics at UAB between 2005 and 2009.

Her main research interests focus on the Economics of Poverty and Inequality. In particular, the economic situation of young people, child poverty, the econometric analysis of monetary poverty and the relationship between demographic change or health and poverty.