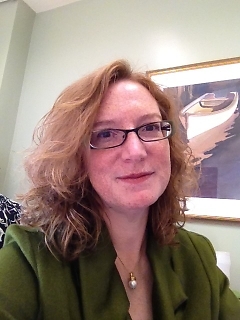 Prof. Shelley Clark is a demographer whose research focuses on gender, health, family dynamics, and life course transitions. After receiving her Ph.D. from Princeton University in 1999, Dr. Clark served as program associate at the Population Council in New York (1999 to 2002) and as an Assistant Professor at the Harris School of Public Policy at the University of Chicago (2002 to 2006). In the summer of 2006, she joined the Department of Sociology at McGill, where in 2012 she became the founding Director of the Centre on Population Dynamics.

Much of her research over two decades has examined how adolescents in sub-Saharan Africa make key transitions to adulthood in the midst of an on-going HIV/AIDS epidemic. Additional work has highlighted the social, economic, and health vulnerabilities of single mothers and their children in sub-Saharan Africa. Recently she has embarked on a new research agenda to assess rural and urban inequalities in the United States. She is currently co-editing a special issue of The Russell Sage Foundation Journal of the Social Sciences on "Growing Up in Rural America." Her findings have been published in leading journals, such as Demography, Population and Development Review, Social Forces, and Journal of Marriage and Family, and presented to policy makers at influential international organizations, including the World Bank, WHO, UNFPA/UNICEF, and the Population Council.