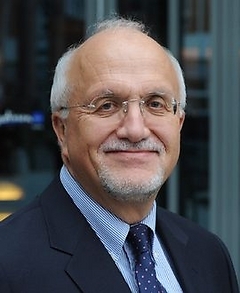 Karl Ulrich Mayer (*1945), Doctoral degree in Sociology from the University of Constance, Germany (1977); Habilitation from the University of Mannheim (1977). From 1979 he was Director of the National Survey Research Center/ZUMA in Mannheim and from 1983 until 2005 Director at the Max-Planck-Institute for Human Development, Berlin. In 2003 he accepted a professorship of Sociology at Yale University, USA, where he became the founding director of the Center for Research on Social Inequalities and the Life Course (CIQLE), and chaired the Department of Sociology from 2005-2010. Since 2010 Karl Ulrich Mayer is the president of the Leibniz Association. Among else he is a Fellow of the British Academy of Sciences, the Academia Europaea, the American Academy of Arts and Sciences and the American Association for the Advancement of Science.