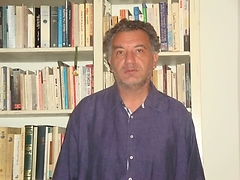 Christos Bagavos (B.Sc. in Mathematics, Aristotle University of Thessaloniki; M.Sc. in Demography, University Paris I Panthéon-Sorbonne; M.Sc. and Ph.D. in Population Economics, Institut d'Études Politiques de Paris) is Associate Professor at the Department of Social Policy. He was consultant in demography at the European Commission (1995–1998) and national expert at the European Observatory on the Social Situation, Demography and Family (2000–2004). His publications and research interests concern the socioeconomic determinants of population changes as well as the implications of the demographic shift on the labour market, education, and social security.