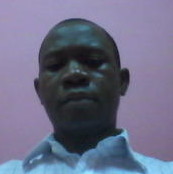 Onipede WUSU is presently an Associate Professor of Sociology in the Lagos State University, Lagos, Nigeria. His research interests include family demography, sexual and reproductive health behaviour, fertility and poverty. He bagged BSC and MSC (Population Studies) degrees in Geography and Planning in Lagos State University in 1991 and 1998, respectively. He pursued further training in the Sociology of Population Studies in the University of Ibadan, Nigeria where he received MSC and PhD in Sociology (Demography) in 2000 and 2003, respectively. He started his academic career in the Lagos State University in 1995 as a Graduate Assistant and rose through the ranks to Senior Lectureship position in 2008. He was Head of Department of Sociology in 2010. He taught briefly in the Covenant University, Nigeria between August 2010 and October 2012 and was appointed Head of Department of Sociology between September 2011 and September 2012.