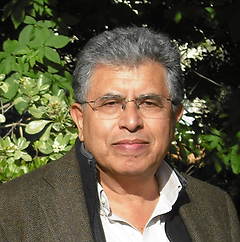 Luis is a Costa Rican / Ecuadorian demographer, Foreign Associate of the U.S. National Academy of Sciences, and member of the Costa Rican Academy of Sciences. Emeritus Professor of the University of Costa Rica (UCR). His research interest is on the determinants and consequences of population dynamics, especially the diffusion of fertility regulation, the role of public interventions on fertility and mortality trends, and the consequences of population aging. Luis has a PhD and a MPH from the University of Michigan, as well as training in demography in CELADE and in economics in the Catholic University of Quito. In addition of his teaching career in the UCR, Luis was research associate in the Office of Population Research at Princeton University (1993-97) and in the Department of Demography at the University of California, Berkeley (2012-16), as well as Bernard Berelson Fellow at the Population Council in New York (2000-1).