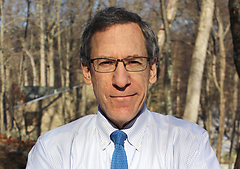 Neil G. Bennett is Director of the CUNY Institute for Demographic Research, Professor at the Austin W. Marxe School of Public and International Affairs at Baruch College, the Sociology doctoral program at the Graduate Center, and the CUNY School of Public Health, all at the City University of New York. He served as the founding Executive Director of the New York Census Research Data Center. Prior to coming to CUNY, he held appointments at Yale University, where he was Associate Professor and Director of Graduate Studies in the Department of Sociology, as well as at Columbia University and the University of Michigan. He has been a member of various boards of directors, including those of the Planned Parenthood Federation of America and the Guttmacher Institute.

He received his Ph.D. in Sociology from Princeton University, with a specialization in mathematical demography, and an Sc.B. in Applied Mathematics from Brown University.