Professor of Urban Renewal and Geography
Delft University of Technology 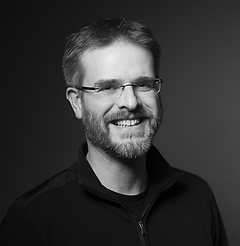 Maarten is Professor of Urban Studies at Delft University of Technology & Professor of Geography at the University of St Andrews. He studied economic geography at Utrecht University, where he obtained his PhD with honours in 2002. He worked at the University of Amsterdam and Utrecht University and was affiliated with the Max Planck Institute in Berlin. In 2006 he was appointed Director of the Centre for Housing Research (CHR) at the University of St Andrews for six years. In 2011 he was appointed full Professor of Geography at the University of St Andrews in the UK and full Professor of Urban Renewal at Delft University of Technology in the Netherlands.
Van Ham has published over 60 academic papers and 6 edited volumes. He is a highly cited academic with research projects in UK, The Netherlands, Germany, Sweden, Lithuania, and Estonia. Maarten has expertise in the fields of inequality, segregation, residential mobility and migration; neighbourhood effects; urban and neighbourhood change; housing market behaviour and housing choice; population and household change; geography of labour markets; spatial mismatch of workers and employment opportunities.
In 2011 Maarten won an ERC grant to investigate Socio-spatial inequality, deprived neighbourhoods, and neighbourhood effects (DEPRIVEDHOODS). See http://www.deprivedhoods.eu/. One of the first major outcomes of this project is the book Socio-Economic Segregation in European Capital Cities. East meets West. This study shows that with rising inequality, European cities are becoming more socio-economically segregated: poor and rich are increasingly living separated. See www.segregationeurope.eu.