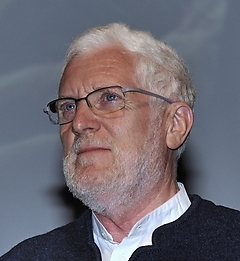 Michel Poulain is Professor Emeritus at UCLouvain and Senior Researcher at the Estonian Institute for Population Studies at Tallinn University. He has been President of the SBD (1984-1990) and later of AIDELF (1988-2000). His research deals with: (i) use of administrative databases for demographic data collection and support to governance at local and regional level, (ii) international migration and harmonization of statistics worldwide, (iii) longevity studies.
In the field of international migration, he was responsible since 1989 of numerous policy-oriented projects on the harmonization of statistics. Therefore, he cooperated closely with UNECE et IOM. Involved in centenarians’ studies since 1992, he introduced with Gianni Pes the concept of Blue Zone when they identified an exceptional longevity area in Sardinia. Thereafter he discovered other Blue Zones in Okinawa, Costa Rica and Greece. The search for new Blue Zones is going on as the lessons of the Blue Zones apply to our ageing societies.