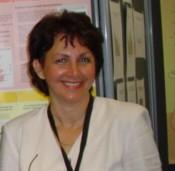 Cornelia Mureşan is Associate Professor at the Faculty of Sociology and Social Work from Babeş-Bolyai University in Cluj-Napoca, Romania, and researcher at the Centre for Population Studies from the same university. Her research interests include family demography, fertility, cohabitation, aging, life-course and event-history-analysis. She earned a tertiary degree in mathematics-informatics in 1977 and in 1999 she received a PhD in Sociology at BBU. In 2001 she earned four certificates in various demographic fields from International Max Planck Research Scholl for Demography, and in 2007 another one on advanced event-history-analysis. Between 1977 and 1991 she worked in IT research at the Institute for Calculation Technics in Cluj-Napoca, but turned to demographic research in 1992, when she became lecturer of Social Statistics at the Sociology Department of BBU. In 1995 she benefited from a research stage at the French Institut National d’Etudes Démographique, and during 2007-2008 she was a guest researcher at MPIDR Rostock.