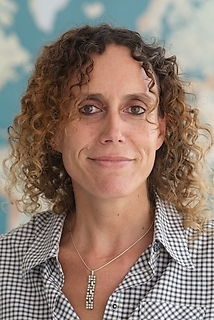 Anne Goujon is a demographer. She received her PhD in social and economic sciences from the University of Vienna in 2003 and her Master Degree in development economics from the University “La Sorbonne” in Paris. From 1991 to 1994, she occupied several positions within the development community (UNESCO-Paris, UNICEF-New York, ECDPM-Maastricht, NGO ‘EquiLibre’-Iraq). She joined the World Population Program at IIASA in 1994 and is currently a Research Scholar. Since 2002 she has also been a researcher at the Vienna Institute of Demography (Austrian Academy of Sciences) where she now leads the research group on human capital and migration. Her main research interests are the analysis and projections at macro-level of background characteristics of the population acquired during childhood that rarely change once an individual has emancipated from parental control such as education and religion.