Professor of Economics
University of Illinois at Urbana–Champaign 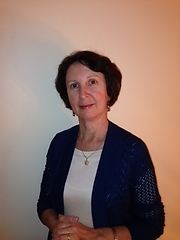 Evelyn L. Lehrer obtained her Ph.D. in Economics from Northwestern University in 1978. She is Professor of Economics at the University of Illinois at Chicago, where she has worked since 1980. She has done research on women’s labor supply behavior, fertility, childcare arrangements, union formation and dissolution, family income distribution, and issues related to welfare reform. She has also written extensively about religion and the family. Using large-scale survey data from the United States, she has sought to quantify the role of religion in several dimensions of economic and demographic behavior, including education, wages, family size, female employment, entry into marriage and cohabitation, and divorce. Her research has been published in numerous journals, among them Demography, Journal of Human Resources, Review of Economic Statistics, Journal of Population Economics, Economic Inquiry, Applied Economics, Journal for the Scientific Study of Religion, Social Science Research, and Population and Development Review.