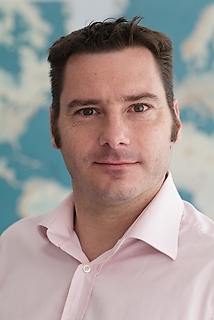 Marc Luy is Head of the Research Group “Health and Mortality” at the Vienna Institute of Demography of the Austrian Academy of Sciences and Secretary-General of the European Association for Population Studies (EAPS). His research is focusing on differentials in health and mortality. From 2004-2008, he was Junior-Professor for Demography and its Applications at the University of Rostock. Before becoming Junior-Professor, he was Doctoral Student and Research Scientist at the University of Rostock (1998-2001), the MPI for Demographic Research in Rostock (2001-2002) and the Federal Institute for Population Research in Wiesbaden, Germany (2002-2004). His undergraduate and graduate educations were at the University of Bamberg where he studied geography, demography, and urban development planning. In 2004 he received the doctoral degree (Dr. rer. pol.) at the University of Rostock. He received several awards and stipends, including the Gunther Beyer Award of EAPS in 2003 and an ERC Starting Grant in 2010.